by Keep Shelly In Athens 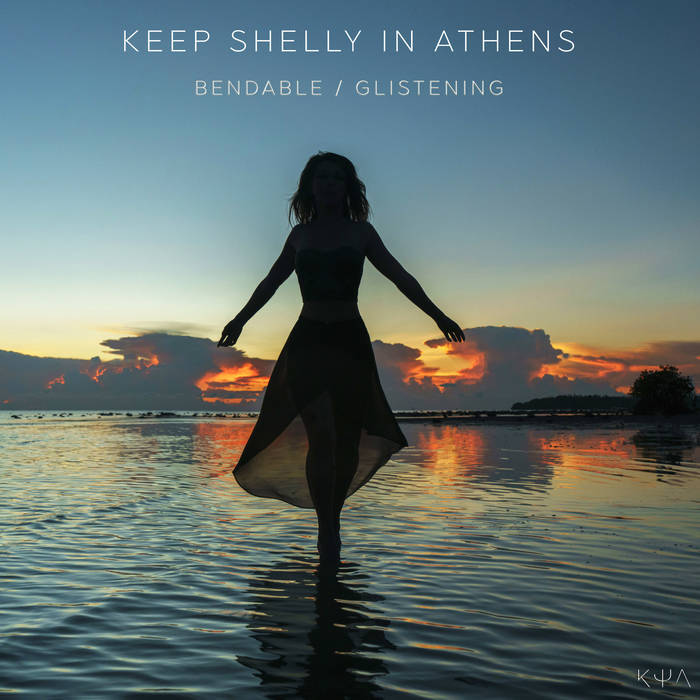 Ed Grimley If keeping Shelly in Athens means more music like this gets made, by all means - keep her there. Revoke her passport. Slap a GPS ankle bracelet on her. Place her under house arrest if necessary.

Keep Shelly In Athens is the Greek-Australian duo of RΠЯ and Jessica Bell. Five years after releasing their inaugural LP, At Home, with Cascine, we’re pleased to present the latest single from the group. ‘Bendable’ b/w ‘Glistening’ highlight a return to what Keep Shelly does best — create irresistible, driving dream pop.

The new pair of songs is a dose of nocturnal synth music that captures the near death encounter vocalist Jessica experienced last summer when the Kineta Fires surrounded her while sitting by the sea on the Peloponnese peninsula. The fires were some of the deadliest in Greece’s history with their death toll rising to nearly 100. Producer RΠЯ reflected on the tragedy in his country: “Jessica was in the Peloponnese writing lyrics to both tracks, and literally hours later, she almost got trapped in the Kineta fires last July. This gave a very strange and eerie aura to the songs for us afterwards, and also gave a whole new meaning to the lyrics.”

In signature Keep Shelly in Athens style, the songs also capture the transient feelings of city life and the bittersweet passage of time. “We also tried to evoke the expanse of feelings and memories of many years traveling around the world with Keep Shelly, and to transform these emotions into music,” RΠЯ continued. “The songs are melancholic and nostalgic, but also in some ways hopeful. It’s like someone is looking back to the past, but willing to put it all behind them and move forward with renewed motivation.”

Keep Shelly have been writing and recording over the course of a decade and through several iterations. The prolific act began building their reputation on the strength of early singles and EPs, released in 2010 & '11 via Forest Family Records and the UK label, Transparent. At Home, their debut full-length launched on Cascine in 2013.

Bandcamp Daily  your guide to the world of Bandcamp

Featured sounds by K.Spark and WIZDUMB, plus Basi joins the show to discuss his latest release.